How do you become a food critic and get paid?

You can become a food critic and get paid by getting a job as a food critic or as an independent food blogger or YouTuber. However, food critics need to have a developed culinary palette and be able to communicate. You can then start creating content or applying for jobs that center around food reviews.

Imagine, being able to make money by being a food critic. You get to eat delicious food all day and then make money for eating!

Becoming a food critic is a very desired job. 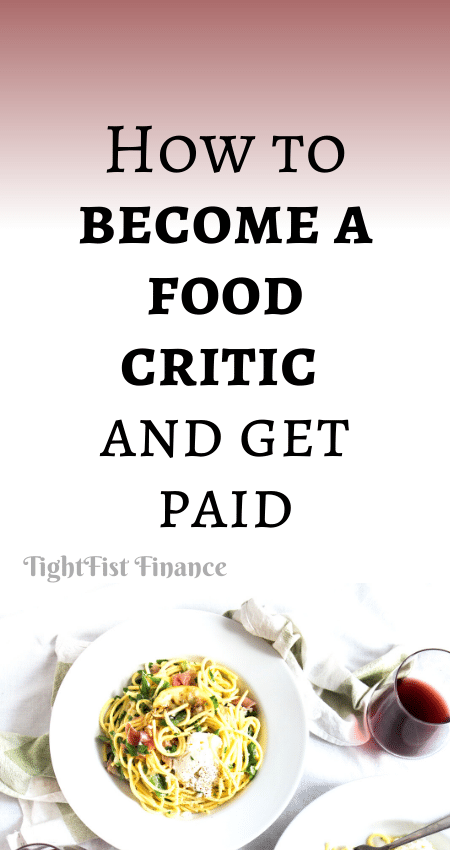 How much money does a food critic make?

How hard is it to become a food critic?

It is fairly competitive to become a food critic. The majority of food critics are college-educated and typically have some form of English degree. Food critics should have good writing skills or the ability to speak well on camera.

As you can imagine, there’s a lot of demand for people wanting to become a food critic. After all, who wouldn’t want to taste delicious food every single day? Therefore, there are plenty of applicants, but only so many jobs available.

Most food critics have a degree in either English, Communications, or Journalism. Having been trained in culinary arts can give you an advantage to help you better understand food.

Having training in culinary arts can separate a good food critic from a great food critic. You’ll need to develop your culinary palette and be able to explain what you are tasting. Why is a certain dish delicious or why does it need an extra ingredient added?

Food critics will often write content or produce videos. Therefore, it is important that you are able to clearly communicate what you are tasting to an audience. In addition, you’ll need to make your content engaging so that people actually want to consume your content.

Do food critics eat for free?

Not all food critics eat for free. However, you may be able to negotiate deals for free food when you have a sizable audience as a food critic. Food critics who work for companies may have to pay for their meals and then get reimbursed by the company.

As an independent food critic, you may be able to negotiate free food. Simply contact the restaurant before attending and see if the restaurant is willing to provide food for a review. Explain how many people are anticipated to see your food review, which is basically free advertising.

Some restaurants understand the value of free advertising and are willing to pay a small cost of a meal. However, the restaurant has no obligation to give you food for free.

You may work for a company who does food reviews. In this case, the company may structure deals on your behalf or you’ll have to pay for the meal and get reimbursed. Some companies may give you a company credit card to pay for your meal.

How do you get a job as a food critic?

You should have a formal education and some culinary arts training before applying for a job as a food critic. Next, find companies or online websites which critique food and apply to be a writer. the company may ask for your resume, a sample of your writing, and a pitch for your next article.

How do I get paid for food reviews?

The first way to get paid for being a food critic is to get a job reviewing food. In this case, you’ll want to start applying for food critic positions.

Ask yourself, which companies for websites are already reviewing food that you would like to work for? You can then see if they are hiring on their website.

As you can imagine, becoming a food critic is very competitive. Therefore, having experience or an internship in the food industry can be a bonus. Why should a certain company hire you to review food over someone else?

The company may ask you for your resume, a sample writing, and a pitch for an article you’d like to write.

Second way to get paid as a food critic is to start your own food critic business. You can self publish on YouTube or by starting your own blog. Both means of communication will take time to grow before you see any monetary value.

For example, you can start a blog where you review food from your local area. You review each restaurant and critique the food and whether or not you would recommend it. The more visitors your website receives, the more money you can make from advertisements.

As an independent food critic, you can also take sponsorship opportunities. When you are large enough, companies may reach out to you to try their food and review it. You charge the company a fee to do so.

Summary: How to become a food critic and get paid

Unfortunately, not all food critics get to eat for free. You may be able to trade food for free advertising, but the restaurant has no obligation to do so. Companies may either give you a company credit card or reimburse your meal purchase.

The two ways to get paid as a food critic are to get a job as one or start your own business. Jobs are competitive and you may have to take low or no paying jobs to start. Starting your own food critic business will be slow to start, but you can earn a lot of money as an independent.