ATMs verify cash through their electronic sensing eye and other security features. The sensing eye scans the cash for legitimacy. An ATM also records details about your transactions, personal information, and records activity via electronic surveillance.

All ATMs are well equipped to catch fraud and the people who intend to commit fraud.

Luckily for you, I’ll show you how ATMs verify cash to detect fake money. I’ll show you what happens if you deposit counterfeit money and why your ATM deposit was rejected. 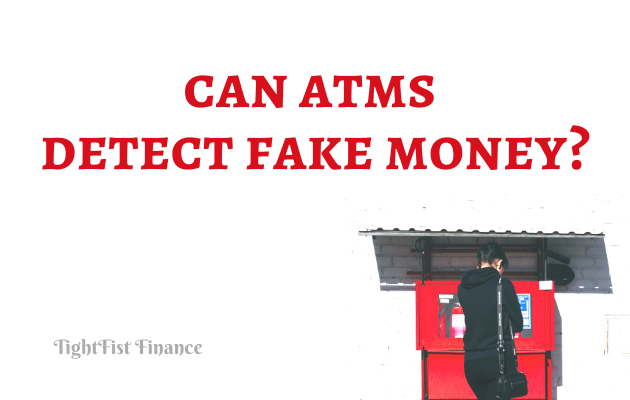 ATMs can detect fake money. Any fake or counterfeit money that is deposited into an ATM will be removed from your account balance after independent verification. You are unlikely to withdraw fake money from a bank ATM which is supplied from the Federal Reserve.

ATMs are unlikely to give you fake money when you make a withdrawal. Counterfeit money makes up a small percentage of all currency. In addition, the Federal Reserve supplies the money used in bank ATMs.

How do ATMs verify cash

ATMs verify cash by using an electronic sensing eye on other security measures. The ATM looks for certain security features, such as security thread, watermarks, 3D security ribbons, etc. to know the money is real. Your personal information is recorded when you start an ATM transaction in a transaction journal and electronic surveillance.

Most ATMs have technology to eliminate potential fraud. Some ATMs have better technology than others, but most ATMs are well equipped to prevent counterfeit money.

ATM cash deposits require you to enter in your debit or ATM card. Banking information such as your name, address, account number, etc. are now associated with your ATM transaction. All transactions are electronically recorded.

Once the ATM transaction starts, so does the ATM surveillance equipment. You are now on video from the ATM and most likely from the surrounding environment.

Your cash and checks are scanned via an electronic sensing eye. This electronic eye scans your checks and cash to determine their legitimacy. Even if the money is fake, the ATM may show a credit to your account until independent verification.

The funds will not be immediately available and all ATM deposits will be independently verified. Banks are required to verify the legitimacy of your cash, confiscate counterfeit money, and report all fake money.

What happens when you deposit counterfeit money into an ATM?

ATMs or the bank’s independent verification process will detect all counterfeit money deposited into an ATM. Any money that was deposited will be removed from your account. A fraud investigation will occur and you may receive jail time or legal action if you knowingly or willingly tried to deposit counterfeit money.

Here is a video of how one guy managed to get $2,400 out of an ATM by making fake deposits. The bank quickly caught on to his activities and he now faces criminal action.

Why did an ATM reject a cash deposit?

The most common reason an ATM rejects cash is an issue with the cash receiver or the bills are damaged. Keep in mind, you can only deposit cash into an ATM at your bank or that is within your bank’s network.

As you can see, bank ATMs can detect fake money. Even if you think the money is deposited, the bank will still perform an independent verification of all transactions. You could face legal action, including jail time, if you are found to willingly deposit fake money.

ATMs verify cash through their electronic sensing eye and other security features. The sensing eye scans the cash for legitimacy. An ATM also records details about your transactions, personal information, and records activity via electronic surveillance.

Based on this article, we think you’ll enjoy the following: