$3,000 per month is not a good salary to live on. $36k per year is below the average household income of $63k. After tax income is estimated to be around $2,400, not counting withholdings, deductions, or allowances. The majority of a $36k salary will be consumed by normal living expenses, making it hard to build wealth.

However, living on $3,000 per month is possible. A careful budgeter and minimalist should do well on $36k per year in the right area. 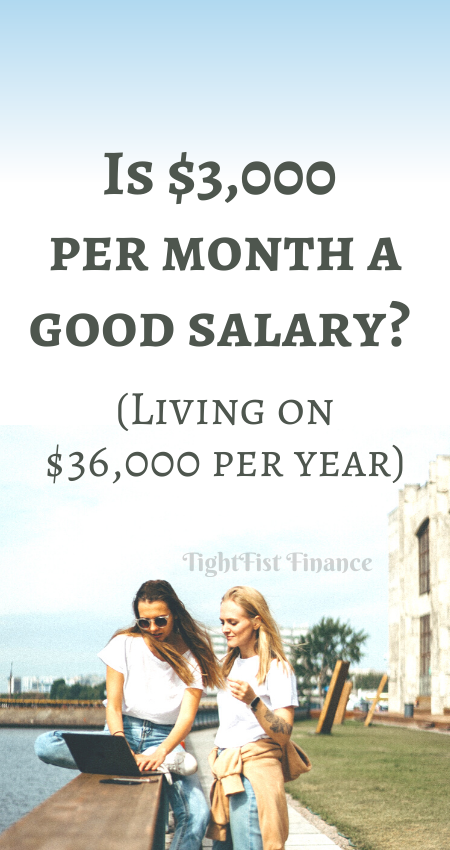 This article may contain affiliate links which pays a commission and supports this blog! Thank you for your support!

A $36k salary is not considered a good income. According to PEW Research, middle class income is currently between $42k and $126k per year. Therefore, a salary of $36k per year leaves you in a lower income class. Additionally, a 36k salary is typically consumed by high cost of living.

First of all, $3,000 per month puts you in a low income bracket. For a single person, you may do fine on $36k per year if you are low-maintenance. However, families of two or more people tend to struggle with keeping expenses low.

At $36k, you’re only $6k away from being considered middle class. However, depending on your cost of living, even the low-end of the middle class can be a struggle.

Recognize, higher paying jobs are out there that don’t require a degree. Even a bump to $45k per year would significantly increase your income.

The major concern with earning a $36k salary is the high cost of living. Most of your salary will probably be consumed by normal expenses, like rent and groceries. Therefore, it can be hard to invest to build wealth or to cover a costly emergency.

$3,000 per month is only around $2,400 without tax withholdings, deductions, and allowances. Contributing to pre tax deductions like your 401k or employer sponsored medical programs can further reduce your take home pay.

For example, contributing $300 to a 401k would reduce your take home pay. Take home pay would be reduced from $2,465 to $2,201 for a $300 contribution. You can use a paycheck calculator to estimate your paycheck.

What is considered a good salary?

A household income of $63,000 per year is considered average and should be adequate to support a family. Maximum happiness is achieved at $75,000 per year. Studies have found earning more money above $75k results in minimal increases to one’s overall happiness. 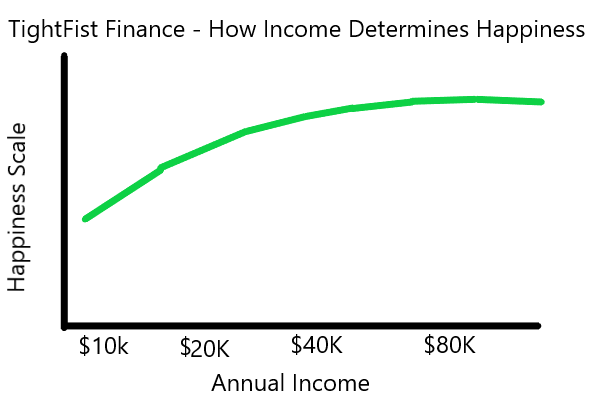 The lower your current income, the easier it is to improve your happiness and stress with minimal increases to income. For example, someone making $36k and receiving a raise to $40k would see a bigger increase to happiness than $70k to $74k.

So an average household earner who makes $63k is considered reasonably happy. However, the earner still has room for improvement in terms of happiness.

My opinion is these results come down to your ability to live life without worrying about a financial emergency. It’s much easier to fix a broken car when you’ve got more disposable income at $70k per year. However, a broken down car can be devastating when living paycheck to paycheck.

Once you’ve reached $75k, promotions don’t really buy you any more peace of mind. Instead, your disposable income can be used to invest or go on vacation.

You can find a job that pays $36k or better in any city. Yes, the cost of moving may be expensive, but it may save you money in the long run.

As you can see, living on $3,000 per month isn’t the easiest or happiest salary. You would make around $2,400 in net income, not counting any withholdings or tax benefits. Therefore, any pre tax deductions, like medical or 401k, would impact your net income substantially.

The primary concern with earning $3,000 per month paying for basic expenses. Your rent, utilities, and other necessities are going to consume your paycheck. Living on $3,000 per month won’t leave much in your pocket to invest and build wealth.

However, living on $3,000 per month is easier as a single person. Adding a second person, or even a third, can make living difficult.

A good salary is considered to be $63k to be considered average. If you want to maximize happiness earned from income, shoot for $75k per year. Obviously, shooting for such a high income can be overwhelming. Instead, focus on gradually increasing your income.